Int'l Women's Trade Expo concludes on a high note
Addressing the event, Ishwari Ghimire, executive director of Trade and Export Promotion Center (TEPC), said that the government was overwhelmed by the success of the exhibition. "The exhibition helped us to assess the situation of women entrepreneurship in Nepal," Ghimire added. 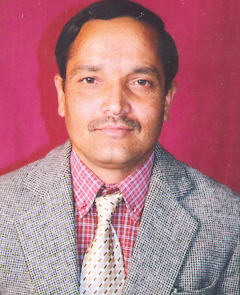 The '1st International Women's Trade Expo 2016' concluded in Kathmandu on Sunday, recording transactions of around Rs 50 million.
According to officials of the Federation of Women Entrepreneurs' Associations of Nepal (FWEAN) - the organizer of the event, the three-day event drew 50,000 footfalls.

Speaking at the closing ceremony, FWEAN President Rita Bhandari said the event was highly successful. "Some had questioned the ability of women entrepreneurs to organized event of this scale. Today we have proved ourselves," Bhandari said, adding, "The event has not only become successful in promote products of women-run firms, but will also be a milestone in women entrepreneurship development."

She also heaped praises on women entrepreneurs throughout the country for staying in business despite lack of opportunity, market, capital and support from the government.
Addressing the event, Ishwari Ghimire, executive director of Trade and Export Promotion Center (TEPC), said that the government was overwhelmed by the success of the exhibition. "The exhibition helped us to assess the situation of women entrepreneurship in Nepal," Ghimire added. Stating that development of women entrepreneurship plays crucial role in national economy, Ghimire said that TEPC would provide every possible support to promote women entrepreneurship in Nepal. "I have urged National Planning Commission (NPC) to bring new plans and policies to support women entrepreneurship," he added.
Ghimire also urged FWEAN officials to apprise different government agencies of their problems and propose plans for the coming fiscal year.
On the occasion, Sharada Rijal, vice president of FWEAN, said the success of the event has encouraged them to make the exhibition bigger and better in the coming year.
The expo had a total of 75 stalls. These stalls showcased products like candle, soap, carpet, clay craft and garments, and agri-business products like honey, pickle, dairy products, spices, tea, coffee, juice, natural fiver, cotton, and cardamom, among others.
On the occasion, FWEAN officials handed over certificate of participation to all the exhibitors.
Talking to Republica, exhibitors, mainly those coming from rural areas, said lack of market and capital are the major problems that they are facing. Niru Chaudhary of Nepalgunj, who is involved in production of different household and office goods, said: "We have not been able to take our products to city areas where we could get good price." She, however, added that the event has given them the much-needed exposure.
Similarly, Champa Nepal of Biratnagar said that women were facing difficulty in expanding their business due to lack of capital. "Women can come to business mainstream if the government provides us different incentives," Nepal added. - See more at: http://admin.myrepublica.com/economy/story/39903/int-l-women-s-trade-expo-concludes-on-a-high-note.html#sthash.aaJDAgTc.dpuf