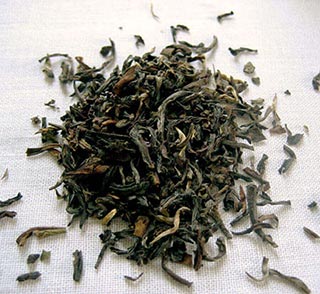 Nepal has a long history of Tea cultivation, initiated with the establishment of Ilam Tea Estate in the Hills of Ilam District in 1863. However, it is believed by historians that the first Tea bushes in Nepal were grown from seeds which were given as a gift by the Chinese Emperor to the then Prime Minister and de facto ruler of Nepal, Jung Bahadur Rana. It is believed that Tea plantation in Nepal started within the same decade when it was introduced in Darjeeling Hills of India.

Nepal grows mainly 3 types of tea, i.e. Camelia asamica and C. asamica spp lasiocalyx for CTC and Camellia sinesis for orthodox tea.  Nepali orthodox tea is somewhat similar to Darjeeling Tea in its appearance, aroma and fruity taste. The reason for the similarity is that the eastern zones of Nepal, which are the main tea producing regions of Nepal, have more or less the same geographical and topographical conditions as the Darjeeling and are juxtaposed to each other.

However, Nepal's teas do stand apart from the Darjeeling Tea. Tea connoisseurs consider some of the Teas from Nepal to be much better than the Darjeeling Tea in its aroma, fusion, taste, and colour. The biodiversity, topography and organic matter richest soil place Nepal Tea in a unique position.

High altitude teas from Nepal have more flavour than low altitude teas. Green organic tea grown in High altitude are regarded as the best green teas in the World. Nepali tea bushes are young and are grown in high altitude. Tea bushes love warm and humid climate with plenty of rainfall. With a warm and humid climate, sufficient rain, and long daylight exposure to sunlight, Nepal is a country suitable for the cultivation of tea.  Nepal's middle and eastern corridor between the Himalaya and Terai landscape is endowed with qualities of soil, climate, and topography ideal for the production of organic tea.

The abundance of fine hairy growth (pubescence) on the underside of the leaf, on the bud and sometimes even on the stalk gives Nepali orthodox tea its fine 'tippy' quality and precious flavors. Similarly, CTC Tea of Nepal is famous for its strong, bright and full-bodied liquor. Indeed, Nepal Tea is the symbol of quality from the Himalayas.

Click here to learn about EU requirements for tea import.