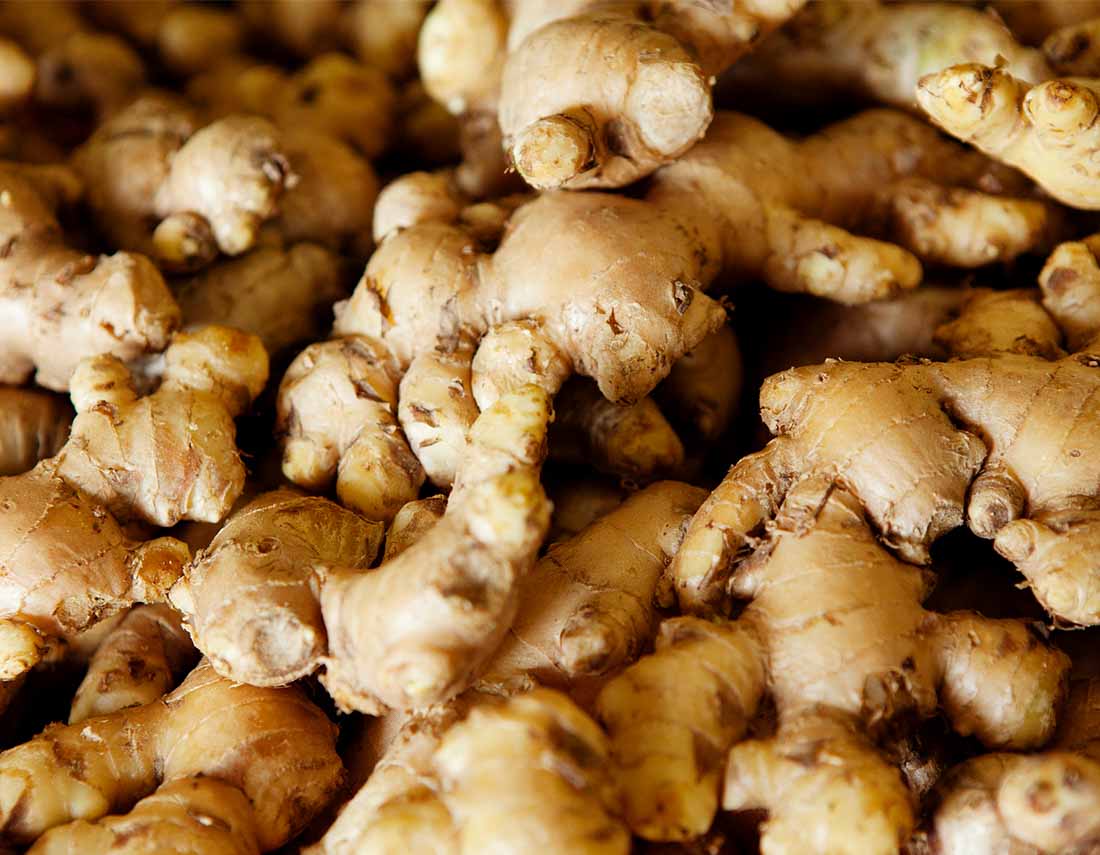 Ginger is one of the most popular spices in the world. The ever popular rhizome is native to South and Southeast Asia and is widely used in kitchens all over the world owing to its taste and medicinal properties. In the South Asian subcontinent, it is used as an anti-inflammatory agent although there are studies that document its uses in cold and flu prevention and treatment, morning sickness and even in cancer treatment.

Ginger’s most well-known medicinal use is as a digestive-aid, to relieve tummy pain, nausea and diarrhoea, as well as morning sickness and travel sickness. This is thought to be because of high levels of gingerol; a powerful component that gives it its natural zingy flavour, and which acts as an anti-inflammatory in the body. The anti-inflammatory properties of ginger are thought to provide pain relief in a number of ways, from halting migraines, to easing the aches of arthritis.

Studies have started showing exciting results on the effect ginger on ovarian cancer: Although more research is needed, it seems that ginger has the ability to eliminate the cancerous ovarian cells. It also seems to dramatically slow the progress of bowel cancer. Spoon feeding of ginger ale is also practiced on the children when they have flu. Ginger also helps in boosting the immune system.

Nepal is the third largest producer of ginger in the world. Ginger from Nepal are known to be organic and are found to be of high quality in terms of oil content and low fibre. Ginger from Nepal is primarily exported to India although some exporters are marketing their products in Japan and Arabian Peninsula. Even United States, United Kingdom and Australia buy ginger from Nepal.

In total, Nepal produces more than 250,000 MT of ginger of which more than 50 per cent of total output is exported. It is assumed that around 200,000 families are engaged in production of ginger throughout Nepal.

Ginger is produced in more than 65 districts all over Nepal. Doti, Kailali, Surkhet, and Salyan in western Nepal; Palpa, Syangja, and Nawalparasi in Central Nepal; and Ilam, Jhapa and Sindhupalchowk in Eastern Nepal, are some of the major ginger producing districts in the country.

India is the largest importer of ginger from Nepal and its Food Safety and Standards (Food Products Standards and Food Additives) Regulations, 2011 dictates standard for ginger, specially dried ginger and ginger powder.

Specification of Dried ginger in India:

Limit of radiation level in dried ginger in India 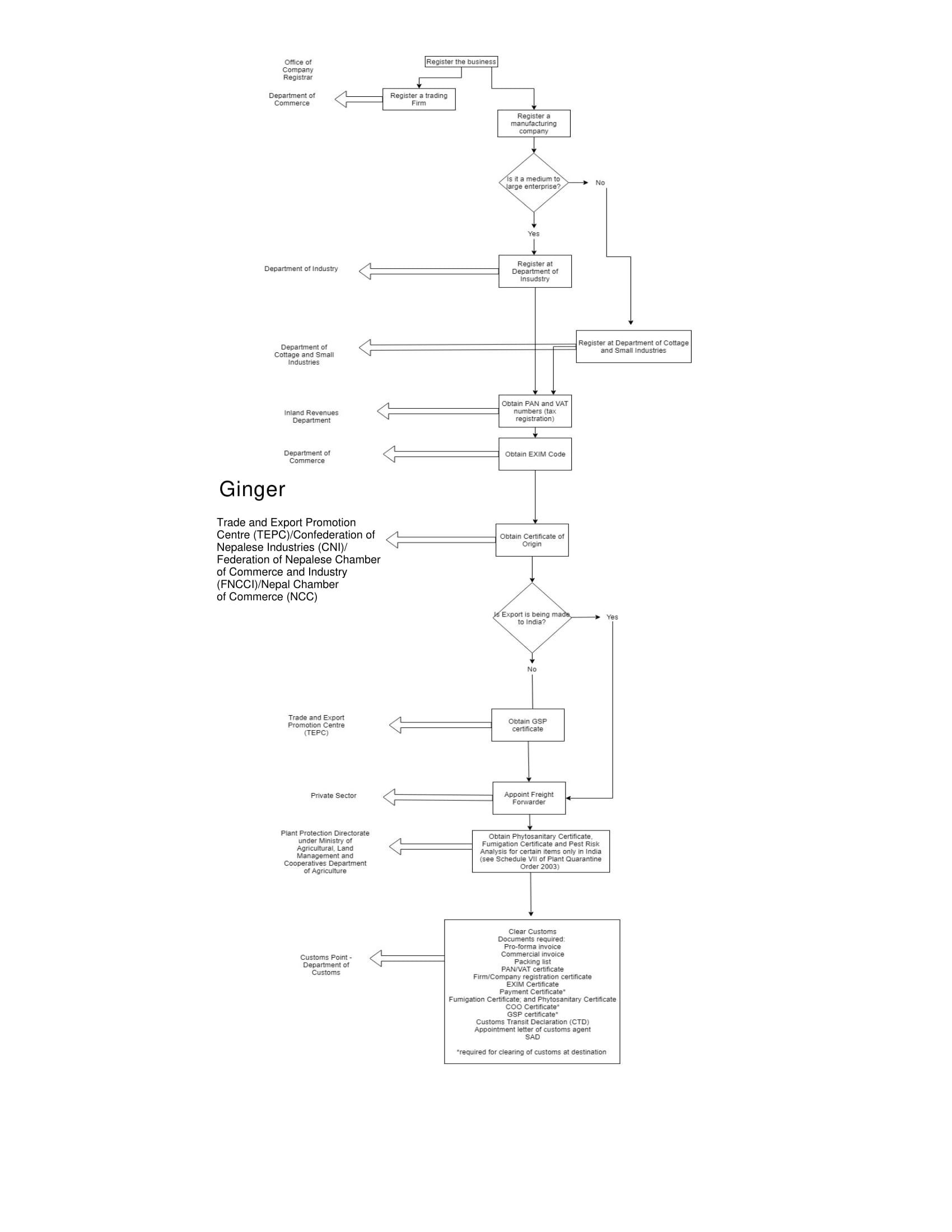