Nepal to discuss trade barriers at IGC meet
The next meeting of the Inter-Governmental Committee (IGC) led by the commerce secretaries of Nepal and India is likely to take place in March as both sides are keen to hold it soon. As usual, Nepal will be putting trade barriers at the top of its agenda as it has been facing hurdles in its bilateral and third country trade through Indian territory. 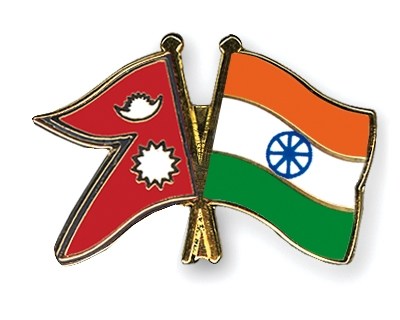 The next meeting of the Inter-Governmental Committee (IGC) led by the commerce secretaries of Nepal and India is likely to take place in March as both sides are keen to hold it soon.
As usual, Nepal will be putting trade barriers at the top of its agenda as it has been facing hurdles in its bilateral and third country trade through Indian territory.

According to the Commerce Ministry, it has started work on the major issues to be discussed at the IGC meeting. Ministry spokesperson Rabi Shankar Sainju said they had been talking with the Indian side to hold the meeting as soon as possible. “However, the date for the meeting has not been fixed as Indian officials are currently occupied with the budget session,” he said.

The IGC was constituted under the Nepal-India trade treaty. Committee meetings provide a platform for resolving various trade related issues and discussing enhancement of bilateral trade. India hosted the last meeting of the IGC in New Delhi from June 28-29, 2016.

As per the ministry, Nepal is likely to focus on the railway service agreement, quarantine check, inter-bank transaction and bulk cargo this time too.

The southern neighbour has long been imposing quantitative restrictions on vegetable ghee, acrylic yarn, zinc oxide and copper products exported from Nepal as they have been included in the trade treaty between the two countries.

Likewise, Nepali exporters have been facing problems in exporting agricultural goods and medicinal products due to the need for certification.

The trade treaty signed between the two countries states that Nepali agricultural products can be exported to India at zero or nominal customs duty. Nepali exporters have been producing phytosanitary certification issued by domestic laboratories, but Nepali products have not been put in the positive list by Indian customs.

India has been imposing countervailing duty on Nepali readymade garments, copper and brass utensils and kattha. Nepal has been unsuccessfully requesting India to remove them at almost every IGC meeting.

Sainju said Nepal had been asking India to adopt a flexible policy with regard to quarantine certification. “We will be urging India to set up an integrated quarantine check system to facilitate exports of Nepali agro products to India,” he added.

Regarding reviewing the railway service agreement, the issue has been stuck on the transshipment modality. Currently, all imports from third countries are required to clear Indian customs in Kolkata, but Nepal has been urging India to allow customs clearance at the nearest border point to help Nepali importers cut costs.

Although India had agreed in principle to simplify the transshipment process, it has not implemented the provision as of date.

Sainju said the ministry had started work to implement the electronic cargo tracking system. “Importers have already started installing the system on a voluntary basis, and the ministry has planned to launch the system as a pilot project soon.”

Similarly, increasing the extent of the bulk cargo system, which means goods being transported in open railway wagons, is another issue that will be discussed at the IGC meeting. At present, India is allowing the bulk cargo system on fertiliser, coal and cement clinker only through the Raxaul-Birgunj gateway among the 22 Nepal-India customs points.

Around six months ago, Nepal had asked India to allow the bulk cargo system at another three entry points: Jogbani-Biratnagar, Rupaidiya-Nepalgunj and Sunauli-Bhairahawa. “The Indian side said it had started official procedures to review Nepal’s proposal,” the ministry said.

Likewise, Nepal will also be asking India to ease cross-border banking services for traders. At present, Nepali traders cannot transfer more than IRs50,000 via Indian banks. Similarly, they have to go through a lengthy process to open accounts in Indian banks. Sainju said Nepal would be requesting India to ease the compliance requirement to facilitate cross-border banking services for traders